The project included the installation of drainage piping systems through the intersection of West Washington Street and Saratoga Street.

The project also included a storm water pond to mitigate the impacts of large rainfall events in the area, and will also support the new Downtown Library.

The Downtown Suffolk Drainage Improvements project is to reduce flooding that occurs during a normal rain even in the downtown area including Jackson St, S Saratoga St, and W Washington St.

A series of storm pipe upgrades and improvements that will ultimately tie into an existing system in N Saratoga St just North of W Washington St.

Additionally a Wet Pond is constructed to attenuate some of the runoff during a heavy rain event as well as to provide some water quality runoff treatment for the contributing system. 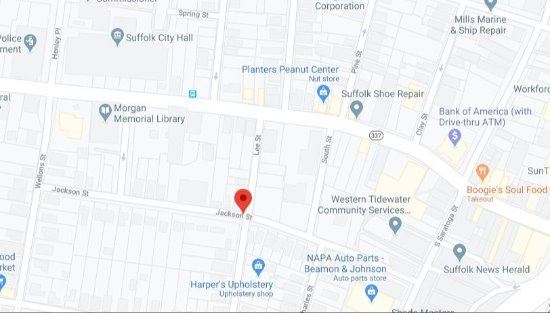 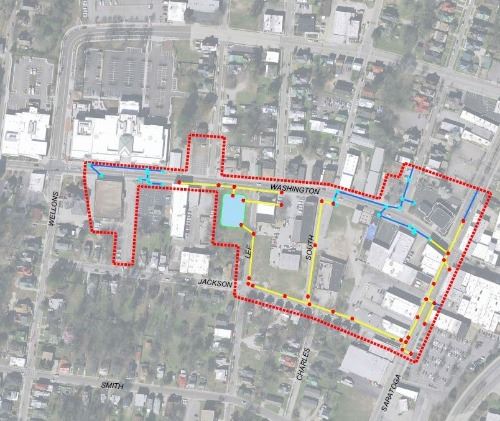 The current budget for this project is $3,007,109 using a combination of state and local funds.