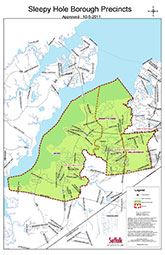 Council Member Roger W. Fawcett was elected to the Suffolk City Council on November 6, 2012, and was sworn in on January 2, 2013, as the representative of the Sleepy Hole Borough. His term expires December 31, 2024.

He served in the United States Navy from 1969-1973 and received an honorable discharge upon his completion of his service. Council Member Fawcett then began his career as a firefighter at the Norfolk Naval Station and Norfolk Naval Shipyard, working his way through the ranks to become the Fire Chief/Site Manager of Norfolk Naval Station. During the course of his career, he served in various leadership positions and worked with many professional organizations, including the Virginia Department of Emergency Medical Services, and the Virginia Department of Occupational Health and Safety.

He is currently affiliated with Elizabeth River Landscape Management, Incorporated in Suffolk and employed by the Virginia State Police.

Council Member Fawcett is active in various community and civic organizations. He is a member of the City's Land Use, Housing and Transportation Committee, the Public Safety Committee and Virginia Municipal League's Legislative Committee. He attends Western Branch Community Church. He is a Past Member of the Driver Volunteer Fire Department and was elected to the Board of Directors for Driver Volunteer Fire Department.