The City of Suffolk and an engineering consultant conducted a drainage study in the Oldetown neighborhood located in downtown Suffolk. The existing drainage system outfalls north of Finney Avenue. The City performed a structure field survey and inventory of the existing stormwater infrastructure within the watershed and provided the information to the consultant.

The engineering consultant analyzed the existing storm system to identify areas of concern. This Master Plan provides recommendations to replace and relocate infrastructure into the right-of-way (ROW) and to improve stormwater infrastructure to provide adequate capacity. The Master Plan also looks at rehabilitation options for system components in poor condition and has divided the project into six phases. Currently, City staff is working with the engineering consultant on project scoping and design of the first 2 phases of the plan.

Phase 1.    Pinner Street Drainage Improvements: New storm infrastructure in the ROW will connect to the existing infrastructure from the Pinner and Pearl Streets intersection to the outfall of Subwatershed 2 along Pinner Street and Finney Avenue. Estimated cost is approximately $1,379,200. 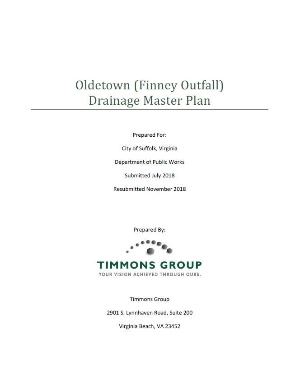 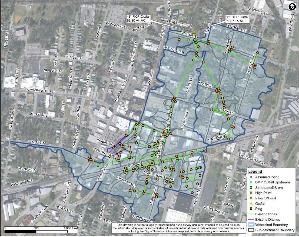