Dredging of Bennett’s Creek was completed in January 2022.  A 3,350ft channel was dredged to a depth of 8 feet.  The operation took 11 days to complete with 14,881 cubic yards of dredged material removed and deposited at Craney Island.

The work was completed by the United States Army Corps of Engineers using the Murden Dredge and its crew.  The Murden Dredge is operated and maintained by USACE Wilmington, North Carolina District.

Dredging of Bennett's Creek is done on an as-needed basis as part of the long-standing agreement between the City of Suffolk and the Army Corps of Engineers.   Federal funding from the Energy and Infrastructure Bill was used to cover a portion of the costs. 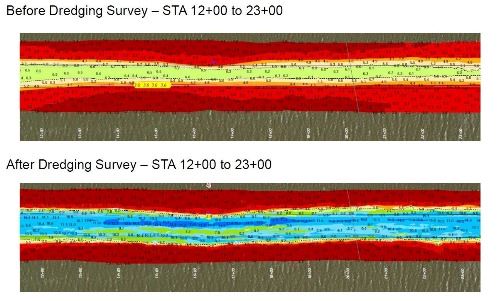