Served from July 1901 through December 2, 1918. The department had six officers (Will Jernigan, George Smith, Edward Dennis, Lynn Hoffler, Unknown Nickles, Unknown Pierce) in 1907. The City of Suffolk became a second-class city in 1910 and Brinkley's title was changed to Chief of Police. Chief Brinkley died as a result of gunshot wounds received during the arrest of an alleged bootlegger on December 2, 1918.

Served as Chief of Police from November 16, 1940 until March 1965. In 1942, there were 3 sergeants (Thomas L. Salmon, E.J. Walls, and J.A. Daughtery) and 15 patrolmen on the Suffolk Police Department. The department was equipped with 3  radio patrol cars and three motorcycles.

Was the first chief of the Nansemond County Police Department from October 1970 until January 1974, and was the first police chief of the new City of Suffolk after the merger with Nansemond County. He served in this capacity from January 1974 until November 1975. Jesse Harrell assumed the position of Deputy Chief of Police at the time of the merger.

Both Police Captains, served as interim Chief for a short time prior to the appointment of Wilbur E Sears. Marion Bryant later served as Deputy Chief of Police (Major) under Chief Gilbert F. Jackson until his retirement in January 1991 after 45 years of service with the Suffolk Police Department.

Served as Chief of Police from November 1976 until he retired on July 1, 1996. At the time of Chief Jackson's retirement, the Suffolk Police Department was composed of 116 sworn members and 31 civilian employees. During this time the City of Suffolk began making the transition from a rural community to a mix of urban and rural.

The police department created the Special Investigations Unit, which investigates narcotics and vice related offenses, during this time as well as becoming involved in the Crimeline Program for the first time. In addition, the department also hired its first crime scene technician to better collect, analyze, and preserve evidence in criminal cases in January 1996. The department increased its use of computer technology to aid officers in their duties to include the addition of automated record keeping, computer aided dispatching, and automated fingerprint identification (AFIS).

Was the Deputy Chief under Chief Jackson. He served as Acting Chief of Police from July 1, 1996 until January 13, 1997. Under Major Freeman, the Suffolk Police Department continued its commitment to the community with the creation of the Suffolk Police Department Bicycle Patrol. The Bicycle Patrol has proven itself an effective weapon against crime in the more urban areas of the city.

Became Chief of Police on January 13, 1997 and William A. Freeman resumed his duties a Deputy Chief (Major) at that time. During that time the Suffolk Police Department was authorized 155 sworn officers and 37 civilian employees. Under Chief Wilson the Suffolk Police Department expanded its community service activities. The first Suffolk Citizen Police Academy began on September 16, 1997. The department also increased its bicycle patrol from the original two officers to four officers assigned full-time and three reserve bicycle officers assigned to each of the three patrol sections.

Chief of Police from January 10, 2002 until December 2008. Chief Freeman held the reins of the Department during a time of increasing staffing shortages, and economic downturn. Despite this fact, he oversaw the completion of two new precinct buildings, and was at the helm during the initial phases of the new Headquarters building, dedicated in his honor. The Department initiated a number of youth focused initiatives during his tenure to include Gang Resistance Education and Training and the Department's new Neighborhood Enforcement Team, with a focus on reducing gang participation and violence.

The Department also initiated its first Youth Public Safety Academy, a collaborative initiative with the Department of Parks and Recreation and the Fire Department. This program was designed to provide an eleven week after school program for youths age 13 to 17, with a focus on mentoring and service learning. He retired in 2008 with a distinguished 37 year record with the Suffolk Police Department.

Thomas Bennett served as Chief of Police from June 1, 2009 until he retired on August 1, 2020. At the time of Chief Bennett’s retirement, the Suffolk Police Department was composed of 200 sworn members and 66 civilian members.

Under Chief Bennett’s guidance, the police department focused on three main objectives:  Accreditation, Capital Programs, and Equipment upgrades.  The department doubled the size of Headquarters with an addition.  A state of the art 911 Center was built.  In addition, several four-bay equipment storage facilities were built.  The police department and 911 center were both accredited by CALEA.  The forensics unit was accredited by ANSI.   A significant amount of new equipment was purchased and provided for departmental members use.  This equipment included a Mobile Command bus, mobile Investigations/Forensics truck, a 32’ safe boat and additional smaller boats, jet skis, drones, ATVs, two new vehicle roll-outs (Taurus, Police SUV/Explorer), new Glock pistols, go-bags and body cameras.

Chief Bennett led several re-organizations of the department which resulted in adding an Investigations Command and a new Major.  A staffing study conducted in 2019 resulted in the addition of 11 sworn and civilian positions.  Multiple new specialized teams were added to the department during Chief Bennett’s tenure.  These include a Drone team, Marine team, Search and Rescue team, and a second Gang unit.  The last several years of Chief Bennett’s command focused on upgrading Field technologies.  Body and in-car cameras were upgraded.  Signal Sidearm was installed on holsters.  Interview room technology was upgraded.  Axon vehicle triggers were installed for body cameras. 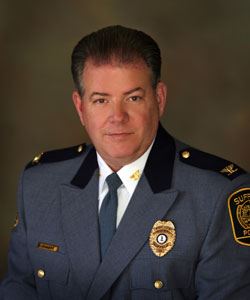 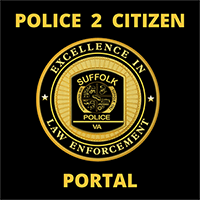