The purpose of the Chesapeake Bay Septic System Pump-Out Program is to protect the ground water quality, as well as the water quality, of the Bay and its tributaries. Throughout Suffolk water moves quickly through the soils, reaches the ground water table, and moves laterally into creeks, rivers and ultimately, the Bay. Suffolk's high water table and sandy soils result in a considerable amount of ground water inflow from surface waters. Failing septic tanks contaminate both stormwater and groundwater. These contaminates are then transported to the Bay through stormwater run-off and ground water movement. 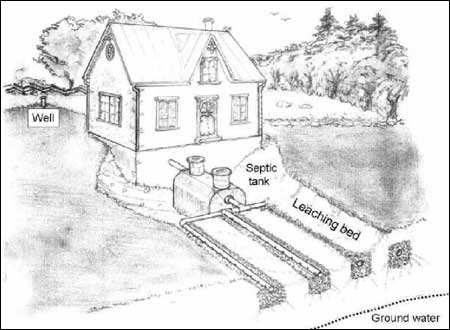 At its June 16, 2008 meeting, the Chesapeake Bay Local Assistance Board determined that Suffolk needed to implement the septic tank pump out provisions in order to be found consistent with the requirements of The Chesapeake Bay Act. The Bay Act is mandatory Virginia Code which requires all private septic systems within the Chesapeake Bay Preservation Area (CBPA) to be pumped out or inspected at least once every five years by a sewage hauler who has been certified by the Virginia Department of Health. This applies to existing homes and businesses as well as new development.

These regulations are now imposed and overseen by the State Water Control Board, and the Department of Environmental Quality, as mandated by the State Water Quality Improvement Act of 1997 (§ 10.1-2117) and also the State Administrative Code Chesapeake Bay Preservation Area Designation and Management Regulations (9VAC25-830). The City of Suffolk's Unified Development Ordinance, § 31-415 (c)(6), enforces compliance at the local level by requiring property owners to have their septic tank or pumping chamber periodically inspected and pumped out as necessary.

To comply with the Chesapeake Bay Act, the City of Suffolk has divided the Chesapeake Bay Preservation Area into 5 zones which are required to treat their septic systems on a rolling five-year cycle. The City completed its first five-year cycle in 2014. Home owners in each zone are mailed notification at the beginning of a City fiscal year (July 1st) and have until the end of the fiscal year (June 30th of the following year) to comply. For example, Zone 1 notifications were mailed out July 1, 2014 and required compliance by June 30, 2015. Property owners identified to be within the City's scheduled plan to be served sanitary sewer within the next 5 years will not be sent a notification letter.

The property owner is responsible for payment of the inspection and/or septic tank pump-out. Estimated cost is approximately $250-$350 depending on the size of the tank.

Verification of the pump out should be sent to the City using the certification form (PDF) and any attached receipts or documentation. Property owners should only hire sewage haulers who are licensed and certified by the Health Department, please see this list for local handlers (Certified Septage Handlers (PDF)). You may scan and email the form and receipt to the Planning Division.

This is an unfunded mandate; as such the City does not receive funding from the State for implementation of this program.

Find information from the Virginia Department of Health about State Sewage Regulations.

As a courtesy, we have provided additional resources on maintaining septic tank systems.